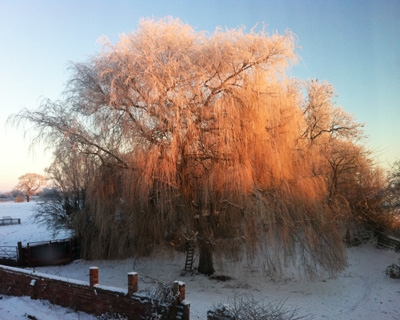 As has become the tradition on this little blog, it’s time to look back on the year that has been and plan a few goals for the one that approaches. For me personally, 2010 has been one of my favourite years in a very long time, full of good times with friends, loads of great web conferences, some very interesting client projects, the launch of 8 Faces, and a few ‘big’ moments, like deciding to move to Bristol (one of the best decisions Sam and I have ever made), buying our first house, and getting engaged. It’s been great, but I must admit that I’m a little exhausted!

I’ve decided to take all of January off from client work, and with the exception of speaking at New Adventures on the 20th, I’ll be spending the entire month designing and building a new version of this site. It’s something I’ve been wanting to do for a long time — a very long time — and, as is the way with these things, it just won’t get done unless I dedicate some proper time to it. Plus, it’s a nice, much-needed break away from everything. It seems quite a few of us have been suffering from burn-out recently.

Creating a new version of this site has been on the cards for bloody ages, and it’s one of the goals I failed to achieve in 2010. On that same shameful list is the second Sourhaze EP: something that has still yet to see the light of day, even though I really thought it would this year. I did actually take time off from work and spent about a week writing and recording new material, but it still needs a lot of love before it’s ready for public consumption. Another failed goal is ‘blog more often’ and this is a problem I’ll be attempting to solve with the new site design. Blogging regularly has been made easier since ditching WordPress in favour of Harmony, but if I’m being honest, I’m so fed up with my site’s design that I think I’ve lacked the will to update. That has to change.

Anyway, enough moaning about my website. That could be a blog post in itself. Here’s a round-up of my goals old and new:

As always, I want to thank you guys for your support and encouragement, whether that’s been through comments, tweets, buying the magazine, coming to the web events I’ve spoken at, or just taking the time to read my semi-regular, semi-coherent ramblings. I hope you’re enjoying the holiday period and I wish you a very happy, healthy, and successful 2011!

(Photo by me, taken just after waking up on Christmas morning in Shropshire.)

The best web conferences of 2010