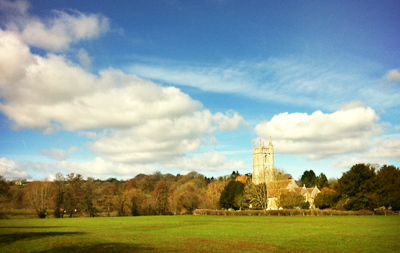 Last week, my friend and colleague Chris Shiflett wrote a blog post called ‘Ideas of March’ and encouraged us — the once-prolific blogging community who have since turned to Twitter to share our opinions — to start blogging again, and I’m happy to say that I’ll be joining in.

Twitter is the primary reason that I blog less these days, but the silence on this site over the last three months in particular has been down to a conscious decision: I didn’t want to write a new post until the new version of the site was live. This, I thought, would spur me on to get it done quickly, but sadly that hasn’t been the case. Not for lack of trying — I did take the entirety of January off to work on the redesign — but a tonne of new client work and 8 Faces has set me back a little. If I’m being realistic, I won’t have time to work on the new site again for some time, and so here I am, facing the hard truth that I’ll need to live with this version for a little longer, and it’s silly to let the blog stagnate.

In his post, Chris asked all those taking part to express what we like about blogs, and his reasons — as well as those added in follow-up posts by other friends and colleagues of mine, such as Jon Tan, Cameron Koczon, and Drew McLellan — are all ones I agree with, so I won’t attempt to come up with any new ones here just for the sake of it. Instead, I propose a plan, inspired by this particular passage from Drew:

Whilst I really love Twitter, I do think it’s a shame that we now mainly get to hear people’s opinions, but without hearing the reasoning behind those opinions that you would normally find in a longer blog post. Not to mention that it’s far easier to tweet without an opinion, and I think the conversation is fundamentally weakened that way.

My plan is this: every time I tweet about something that warrants clarification or expansion, rather than composing follow-up tweets I will instead write a short blog post, and link to that.

Chris asked that all taking part in ‘Ideas of March’ show their support by doing the following:

[Photo by me, taken on a walk around Publow last weekend.]