The best web conferences of 2010 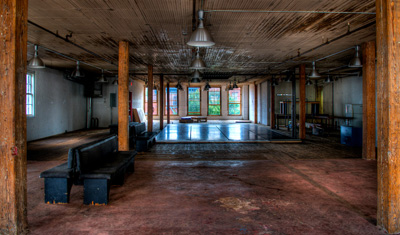 I’ve had the pleasure of speaking at — and attending — several events this year, and as we prepare to see in 2011, now seems like a good time for a re-cap. But rather than just do a retrospective on the year’s events, I’d like to focus on heaping praise upon Brooklyn Beta and Build, which were my favourite web conferences of the year. Here’s why…

I’ve been enthusing about Brooklyn Beta to anyone who will listen, and the main points I always cite are the down-to-earth atmosphere of the whole thing and the complete lack of an audience-speaker divide. I mean, there was of course a physical stage, but the calibre of attendee was so high, that speaking there felt like an open discussion with friends. In fact, I was actually pretty nervous about speaking for that very reason: there were so many smart, talented people in the audience, there was no way I could get on stage and teach them anything new; so instead I told the story of 8 Faces, focusing on the mistakes that were made and what was learned in the process. It wasn’t the most polished talk I’ve ever given (it was intentionally ad-libbed rather than rehearsed, to keep with the informal nature of the event, although in hindsight I think it would’ve benefitted from a bit more structure), but it was fun: a casual chat with friends rather than a traditional presentation.

This equal-level, collaborators-not-competitors, community-driven approach to the event was a perfect reflection of the way I see our industry, and the key thing here is that it’s all about the people. Seriously. Every single good thing about Brooklyn Beta can be attributed to the people: the conference organisers Chris and Cameron, who put together an incredible event despite never having done so before; the attendees, who were smart, down-to-earth, friendly people; and the general atmosphere created by having so many GBOLs in one room. For me, the BB experience was enhanced even further by things outside of the conference: staying in an amazing apartment with Christopher, Sam, and Andy; finding some fantastic local pubs; going drinking with talented Brooklyn-based creatives… the list goes on.

But then, that’s not really outside the event, is it? Part of creating an amazing conference experience is enabling people to have a great time around the main day by gathering a great bunch of geeks in an inspiring, exciting place; nurturing new friendships and collaborations without the need for a formal setting.

I was walking around the Invisible Dog — and Brooklyn at large — with a huge grin on my face, boring the poor people unlucky enough to cross my path with outpourings of love for our community. I was still on a high when I got back to England.

Much of what was said about Brooklyn Beta was also true of Build, and that worked out rather nicely, as the event was two weeks later, and I was still feeling inredibly loved up about the web design community. Again it was all about the people: the fine Belfast web folk in attendance, the good friends making Build their regular annual meet-up, and of course Andy, who somehow managed to organise the entire event all by himself.

Unlike Brooklyn Beta, the audience-audience speaker divide was — like most other web conferences — a little more prevelant, and a couple of the talks were disappointing, but really it was a hard event to criticise. It was also one I got enjoy as an attendee rather than as a speaker, although I did manage to sneak on stage for five minutes to announce the launch of 8 Faces’ second issue, and convince Jessica to leap into the air and hit an imaginary button. Good times.

I mentioned the great way Brooklyn Beta managed to connect people outside of the conference, and Build’s fringe events did much the same, except they were so great that they added up to be as big a deal as the main day itself. In fact the fringe events basically made Build a week-long affair, with evening talks, film screenings, charity football matches, and of course the now-legendary Open Book Exam put together by Christopher and Nicklas.

Again, cue inane grins all round.

For me, Brooklyn Beta and Build stood out as fantastic experiences: landmarks from which many other conference organisers should take extensive notes. However, that’s not to say that I didn’t have a good time at the other events I spoke at in 2010.

Future of Web Design (London, May) was, as always, a great event. I’m not a fan of two track conferences on the whole, but the content was good, the venue was good, and it was a lot of fun for speaker and attendee alike.

FrontEnd (Oslo, September) was surprisingly formal in parts — with a sit-down dinner and a hired MC — but everyone was extremely well looked-after and it was one of the best line-ups of the year. A fridge full of gourmet beer at the after-party left Matthew and I just little bit excitable, and it was a great laugh hanging out with the organisers, especially Teodor. The only real downside was that the event was at the beginning of September, which sadly made me miss my annual pilgrimage to dConstruct.

One of the other stand-out experiences of the year came in the form of the Ulster Festival of Art & Design. While not a web conference like the others discussed here, Christopher and Nicklas put on a small event at the university as part of the festival: an evening called Talking Typography with myself and Jon Tan. At the time, we were in the middle of the branding work for Brooklyn Beta and we talked through the creative process: I talked about the aesthetic choices we made while Jon expanded on it with some science. There are some amusing photos on Flickr.

I also had the pleasure of speaking to some students on the Web Design degree at UWE in Bristol, which I thoroughly enjoyed. There’s something really fun about speaking to students, especially those just about to graduate: they’re full of questions about the industry, portfolios, and how to get out there. They’re bubbling with excitement and they’re at an important part of their lives. I remember feeling that way — and that horrible feeling of uncertainty as you step out into ‘the real world’ — and I love being able to tell them about how amazing our industry is; how so many of us are good friends; how the sense of community completely dispells any notion of competition (at least amongst the freelancers and smaller agencies, anyway).

For me, that’s the lasting feeling I’ve taken from this year’s events: an extreme sense of pride to be part of such a great community.

(Footnote: If you’re looking for summaries of web events throughout the year, check out Sam Brown’s experience graphs, which he makes after every event he’s attended, many of which are discussed above. I’d love to see him make an ‘overview’ experience graph for all of 2010’s conferences.)

The search for the perfect media centre