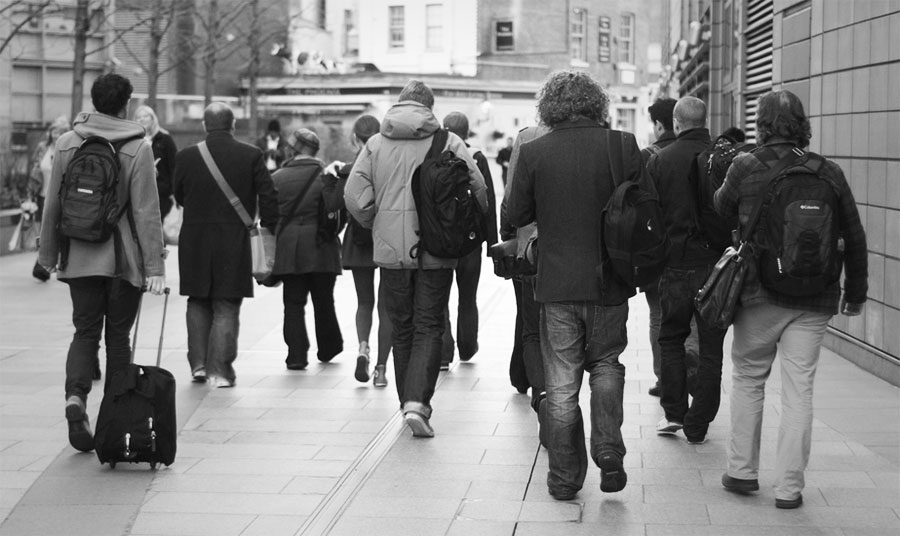 Last Thursday, I popped over to London and met with a small group of folks to chat about the various tools, techniques, problems, and solutions surrounding the subject of responsive web design; a day we semi-jokingly referred to as ‘Responsive Summit’. As soon as we announced it, the hashtag exploded with all sorts of idiotic snark, but I’ll get to that later. For now, I want to discuss the day itself and some of its outcomes.

Firstly, I should talk about its inception. The previous week, Chris Armstrong and I had a Skype chat to discuss our own approaches to responsive web design. It was a productive talk and afterwards I tweeted that I had ‘just had a very cool chat with @armstrong, trying to work out the ideal responsive web design workflow. Good times.’ Our mutual friend Josh Brewer — over in England on Twitter-related business — replied: ‘We should chat. Been having similar conversations of late.’ Then Alex Morris made the suggestion of a get-together: ‘A big group powwow would be so helpful for all of us.’ The rest, as they say, is history, and — thanks to the efforts of Martin Beeby at Microsoft and a bunch of people on Twitter who expressed interest in participating in such a discussion — a week later eighteen of us were sitting around a room at Microsoft HQ in London, with five more joining in via Skype.

I should preface my notes that admitting I only noted down subjects that were of particular interest to me and I thoroughly recommend you read the blog posts written by the other people who were there on the day; there’s a list of them all on Lanyrd.

Please also be aware that none of this is being presented as conclusive. It was never the intention for us to sit down in one day and then come up with a set of rules to dictate to the rest of the world. To think that so many snarky comments assumed we would — or could — even do such a thing is ridiculous. Think of the day’s outcomes as a starting point; an opener to a much larger and much more involved conversation.

This is not really related to sensors per se, but came up during that section:

Responsive images is a big area of interest to me and it’s also the area where I’ve encountered the most problematic parts of the responsive web design equation. You can read about some of that in my last post, ‘Better Background Images for Responsive Web Design’, and I’ll be writing a lot more about it in the near future.

When I get a spare moment (ha ha), I’ll be implementing Josh’s method on this site. Jeremy has written about its benefits, too.

A sort of conclusion

As I said at the beginning, there were no hard conclusions to come out of the event, nor were there intended to be. This is the start of something much bigger: a discussion that will, in its next stage, move to more localised ‘summits’ across the globe. The immediate goal for those of us who were there is to respond to all the questions we got on the day via Twitter and blog posts, which Josh has compiled into one Google document. Hopefully that alone should illustrate that our little gathering was for the benefit of the community, not ourselves.