On digital publishing in 2014 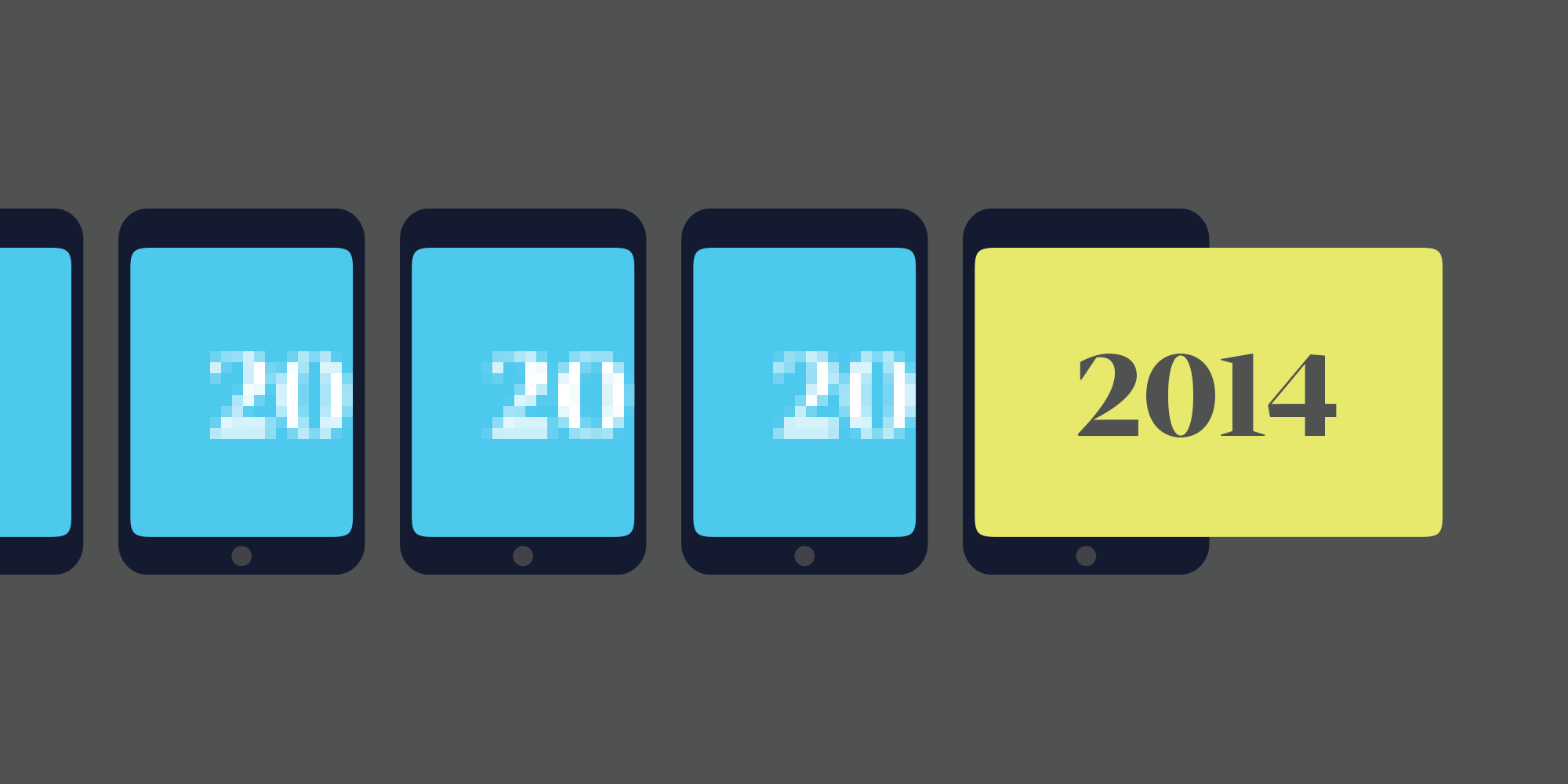 My friend Jo Keeling — Editor of the wonderful Ernest Journal that launched earlier this year — asked me to send across some thoughts on digital publishing to include in her forthcoming 'The Future of Digital Magazines' Guardian Masterclass. However, as I began to write, I realised I wasn't able to be particularly concise, so here we are with a blog post on the subject.

I'm on the eve of launching a brand new magazine with my wife (more on that very soon) and so I'm naturally doing a lot of thinking around digital formats and the best route to take in 2014.

The leftovers from Wired

Even though I think there are many publishers — Ernest especially — doing great things with iPad magazines, I don't believe that iPad magazines in their current form are the future of digital publishing. Static image files with type embedded in them prevent the user from making selections, performing searches, or setting their own reading preferences. They're also a nightmare to update. A few years ago, we universally agreed that image replacement was a terrible idea for the web and put a stop to it; yet here we are in 2014, apparently okay with the fact that iPad magazines are essentially just a collection of pictures of type. And, perhaps more astonishingly, nothing seems to have changed since the launch of that fateful Wired app back in 2011: iPad magazines have not evolved in functionality or production processes since they first appeared on the scene. Comparatively, consider the huge changes the web has gone through in the same period of time.

However, I concede that there is a valuable ecosystem in the Newsstand / App Store model, and a magazine's presence there represents the considerable potential for exposure to new readers. And so, for this reason alone, we're currently still considering a Newsstand app for our new magazine.

But I'll say it again: this isn't the future of magazine publishing. The current system is flawed and its production processes cumbersome. It's everything the web is not. And although iPad magazines need not behave like the web, it feels to me like dynamic, updatable, re-renderable, re-scalable text should be considered the de facto choice for on-screen reading, whether or not it's a website, book, or magazine.

Of course, it's fair to say that designers — and I include myself in the guilty party — have an innate desire to control the presentation of a publication's content, and the current model allows for precisely that: two fixed views (portrait and landscape) that mimic the printed page and allow for pixel-perfect correlations between the digital and paper versions. It's understandable! But the idea of screen-based design being fixed is an idea that isn't sustainable. Designing for two orientations is a chore. And when Apple bring out new iPads that have different dimensions and / or resolutions to the current offerings, everything will have to redesigned again. And again. And again.

Seriously, that problem is not going away, folks.

Oh, and that's only when we're talking about Apple gear. What if we want to design for other tablet dimensions? Adobe's Digital Publishing Suite and InDesign allow for some degree of flexibility, but when compared to the flexibility of a responsively-designed website, there's... well... no comparison.

So is a website the answer? An antidote to the native iPad app? Well, I don't believe that's necessarily the case either. When Keir and I released Digest last year (which is being retired, by the way, but more on that soon), our digital edition was a responsive web site accessed via a password that was generated for each user during the checkout process. It was simple, it was quick and easy to create, and it worked well: it offered a pretty decent long-form reading experience. We've built exactly the same for 8 Faces, too, although it never launched.

But that's also exactly where it failed: the design was so text-focussed that it would have actually better suited to a book. Multiple images, box-outs, captions, etc. simply require more design considerations.

So what is the answer?

Right now, I believe that the best option for a magazine publishing a digital edition in 2014 is to offer something halfway between a website and a native app: a browser-rendered, responsive 'site' that lives locally inside a wrapper that is purchased / downloaded via the relevant App Stores.

Such a digital magazine would flex and bend to fit any number of devices (including future devices) and use real, live type that could be highlighted, copied, searched, enlarged, and re-rendered if necessary. And yet it would also benefit from being part of a Newsstand (or equivalent) ecosystem: on as equal a playing field as any current digital publication, and yet far more future-facing, and a fraction of the file size.

And, of course, it would exist on the regular ol' web as well — behind a paywall if you want. But the key thing is: it doesn't matter. The work has already been done. You only need to create one version. That time you'd previously spent designing multiple fixed versions can be spent instead on subtle tweaks to your media queries to keep it looking great at all viewport sizes.

None of this is a new idea. Craig Mod outlined some very similar ideas in 'Subcompact Publishing' way back in November 2012:

By constraining Subcompact Publishing systems to HTML we bake portability and future-proofness into the platforms. We also minimize engineering efforts because most all computing devices come with high-quality HTML rendering engines built in.

And on the increased share-ability of content that exists simultaneously on the web:

Whatever content is published on a tablet should have a corresponding, touchable home on the open web. Content without a public address is non-existent in the eyes of all the inter-operable sharing mechanisms that together bind the web.

(At this point, if you haven't done so already, please go and read everything Craig has ever written about digital publishing.)

That particular piece by Craig was written shortly after the release of Marco Arment's The Magazine, which I've always admired for its attempt to not conform to iPad magazine standards. However, I think The Magazine suffers from the same symptom as our Digest digital edition: it's great for long-form reading, but is — from an aesthetic point of view — rather un-magazine-like. Perhaps that's why publishers in 2014 are still sticking to the safety of the standard Newsstand format.

But come on, let's change that. App Stores can be used to reach readers and earn money, but they needn't dictate how we produce our digital magazines — and those production methods certainly shouldn't enforce a sub-optimal experience for our readers; our readers, that is, who are far, far, far more used to interacting with type on the web (and e-books) than static pictures of type in an iPad magazine.