First impressions of Google Plus 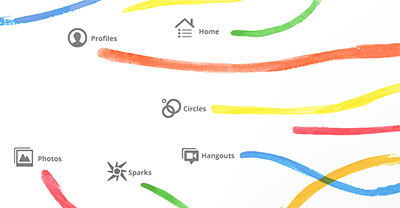 On Tuesday, Google announced the release of Google+, and this morning — thanks to various fine citizens of the interwebs — I got invited to the service. I’ve been giving it a spin for about two hours now and thought I’d jot down a few first impressions.

When I first heard the announcement, I scoffed. Do we really need yet another social network? Although they’re different products, let’s not forget the mistakes Google made with Wave and Buzz. But then I watched the demo videos… and I was impressed. To my great surprise, Google+ (let’s just call it ‘Plus’ from now on) doesn’t look like a Google product. Partly, that’s down to their subtle design tweaks that were also launched on Tuesday (although admittedly not across all of their properties), but mostly that seems to be down to the fact that Plus was designed by Andy Hertzfeld, designer of the original Macintosh software.

Now, having played with the actual web app for a bit, I’m happy to report that it lives up to the videos. The interface is slick, with some nice animated interactions that you’d expect to see in 2011. And not just for the sake of it, either: these are experience-enhancing touches that Google’s design team hasn’t really employed until now.

I find it hard to believe Google’s claim that Plus isn’t a Facebook competitor; there are just too many comparisons to support that argument, from similarities in UI design (the ‘share’ box) to the larger models that define the service (adding friends, a real-world-specific personal profile, uploading photos, etc.). It’s a shame to see that the photos functionality is — for the moment, at least — tied to traditional uploading; one of the many reasons Plus could compete with Facebook would be if it allowed some sort of API integration with other services, such as using Flickr for photos. Re-uploading photos to a new service could be a very major hurdle in attracting the Facebook faithful.

By and large, Plus feels like it has potential; way more than Google’s previous attempts at social networks. It could very well be a Facebook competitor and, as a company, Google have the opportunity to tie in with a huge number of their other services. In fact, reports seem to be pointing that way: John Gruber suggests that Plus is, ‘an umbrella name for several individual services, rather than a single unified thing.’ The launch of the service has also finally given relevance to the +1 button, which was also something I had originally scoffed at, given its lack of context at the time. To show my new-found support, you’ll notice that it now appears at the bottom of each blog post, next to the ‘tweet’ button. Please feel free to press it!

The skeptic in me, however, says that this honeymoon period won’t last. Firstly, one of the reasons Plus is so appealing right now is because it’s not populated by the world and his grandmother — remember how much more fun Twitter was in the quieter, earlier years? — and once the unwashed masses step aboard, Plus will surely cave to their more generic needs. In all likelihood, it will become noisey, both in terms of visual clutter and content (see also: Facebook, Twitter, MySpace, etc.). Secondly, we mustn’t forget that Google is an advertising company, and the inevitable addition of Google Ads looms ominously on the horizon. At such a time (possibly coinciding with ads appearing on Google Docs), perhaps the company will allow us to pay a monthly fee to remove them. I certainly hope so.

I’d love to hear other folks’ initial impressions of Plus. What do you think of it? Is it a Facebook killer? Will it go the way of Wave and Buzz? Is it the best thing since Selleck Sandwich Waterfall?

Update 1: Update 2: Update 3: It doesn’t look like any of the invites I’ve sent are getting through, due to Google switching invites off. Sorry, folks.