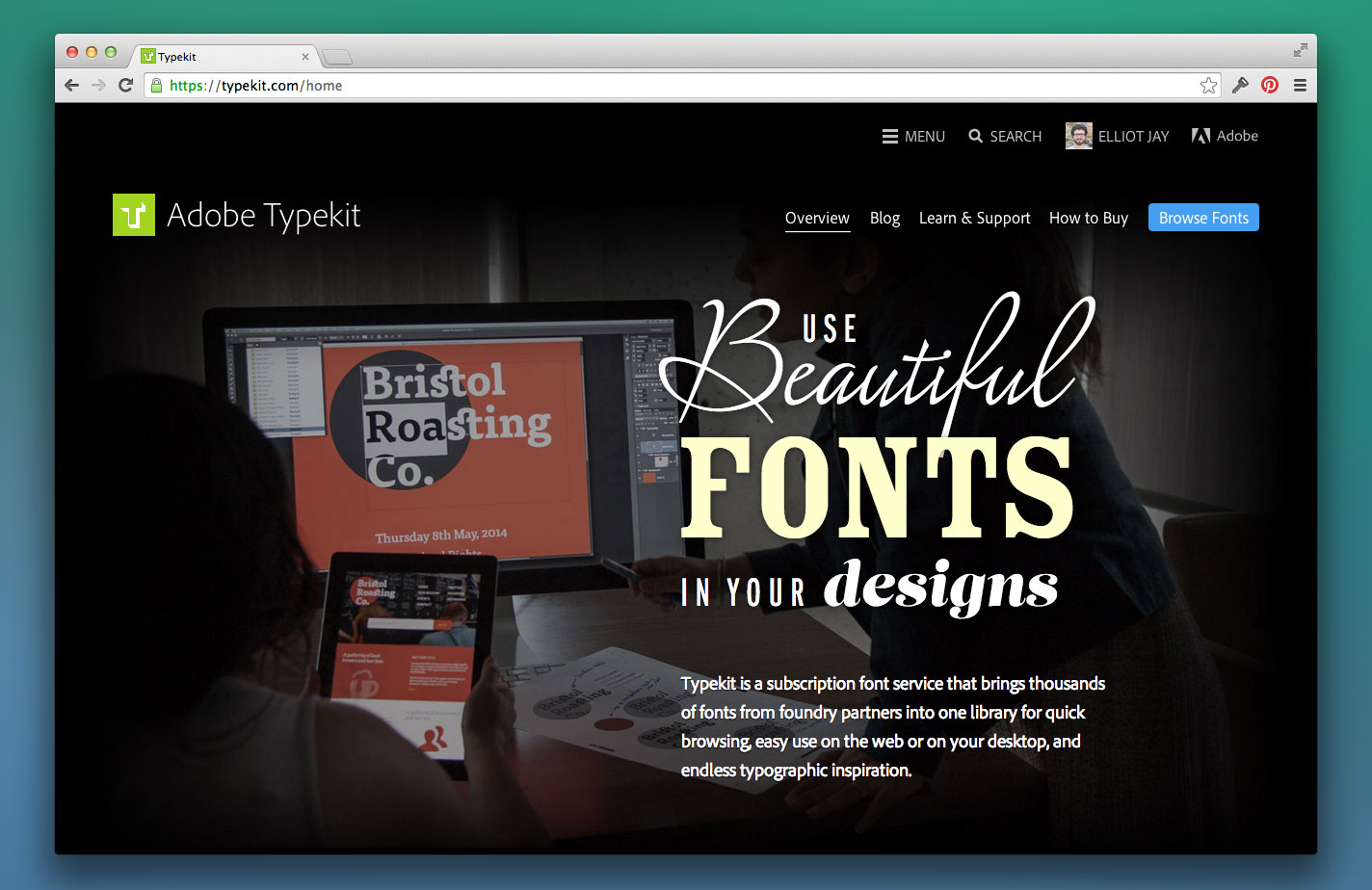 Earlier this week, when Adobe announced the ‘CC 2014’ apps, we rolled out some pretty cool new Typekit features, too.

The biggest news is probably our integration with Photoshop: if you open a document that has missing fonts, Photoshop can check to see if they're in the Typekit Desktop library, and, if so, sync them straight to your computer without you even having to leave the app. This is a pretty awesome feature that will only get more awesome as our Desktop font library continues to grow.

We've had this feature in Illustrator and InDesign since the previous release, and with the CC 2014 integrations we've refined it somewhat. Ai and Id's implementation works a little differently from Ps, but the end result is the same.

All three apps also now allow you to filter fonts in your font menu by those that are Typekit fonts or not, which is pretty handy. There's also a button in there to take you directly to Typekit's Desktop library.

It's been fun working with the various app teams and we have some pretty huge plans for the next iterations. I was also rather chuffed to see my name in the Photoshop credits!

If you've had a look at the beautiful new adobe.com and all of the lovely Ps, Ai, Id, etc. product pages (seriously, has Adobe's web presence ever looked this good before?), you'll notice how there's a really strong consistency running throughout, and we've brought that into Typekit.

First and foremost, we've got the shared global nav that you can see across all Adobe sites. Integrating that produced some interesting challenges with how to handle items in our header, and we've had a significant re-think — all the while, hopefully, not shaking things up too much for our existing users. (Watch this space for updates to the kit menu — we have big plans there!)

Lastly, we rolled out a new hero area for the typekit.com home page. I had great fun on this, from creating the ‘Bristol Roasting Co.’ assets used in the photo, to commissioning the photography itself; from setting the main display type in Franklin Gothic, Lush, Lust, and Rosewood (a nod to Jason’s old home page), to finding the balance between Typekit's own identity and its role as part of Creative Cloud.

Huge thanks to our new recruit Jake for his massive contributions to all of this work. I hope you like our changes.