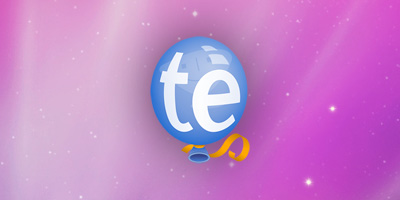 Let me get this out there right away: I hate email. Seriously, I can’t stand it. It’s not that I have any particular problem with the medium; in fact, I’m not even one of those people that believes it should be replaced with a radical alternative. I despise it because it eats up so much of my time. It’s nothing to do with the way email works; it’s purely down to the volume of email I receive.

So when a tool comes along to help me get email out of the way a lot quicker, I’m excited. Without a doubt, TextExpander is that tool. I’ve been using it for just over a month and I honestly don’t know how I could now live without it.

TextExpander isn’t new. It’s been around for years and I’d managed to completely miss it. I think in the back of my mind I was aware of it, but had assumed it was something to do with a code editor. I only came across it properly when reading Frank’s post about his Mac set-up. From the first hour of using the app, I knew it would change the way I write and — most importantly — allow me to finally conquer email.

So, for the benefit of those who have never considered it — and for Sarah, for whom I promised to write this article — I’m going to explain why this is an essential app for anyone who receives a high volume of email, or regularly has to write similar responses, or makes dumb typos, or just wants to get a bit more time for the important things in life, like quaffing delicious Belgian beers.

My completely non-scientific research has found that the number of times one writes the same thing is explicitly tied to the number of emails one receives. In other words, it’s the law of averages. Like many people, I find myself writing the same thing over and over and over again, with very subtle alterations. I’m not talking about ‘canned responses’ per se; there’s usually something a bit different about each instance, whether that be responding to new client work requests, asking potential clients to clarify timeline and budget, or respond to 8 Faces customers whose copy never arrived. About 90% of each message is usually the same, but requires some element of personalisation (which is important to good customer service, anyway). It’s in these subtle differences that TextExpander excels.

Google Mail has recently introduced a canned response feature, and although useful, I find it resembles my old system of saving multiple draft emails, the content of which can be copied and pasted into new emails. But TextExpander is much smarter than that. At its simplest level, it can save time and typing by pumping out commonly-used phrases. For instance, typing my ‘ssorry’ trigger will render:

But where it really comes into its own is with dynamic ‘fill in’ fields. Typing ‘eenquiry’ will trigger a pop-up that has my message pre-written, as you might expect, but with text fields for filling in the client’s name and project title, like so:

The name fields are linked together because they both use the ‘fill:Name’ variable, so once I’ve inputted ‘Jon’, for example, in the first name field, the second one will automatically be populated. The TextExpander content for that response looks like this:

Let’s say our fictional potential client has forgotten to mention his budget and timescale. (A client forgetting to mention budget and timeline? Surely not!) Then, I place my cursor just before the last sentence, type my trigger text ‘bbudget’ and TextExpander renders ‘Do you have an approximate budget and timeline in mind for this project?’ Perfect. Now, I want to sign off with my professional signature, so I type ‘ssig2’ and out comes the signature with my links and what not.

So, to summarise, I’ve typed ‘eenquiry’, ‘bbudget’, and ‘ssig2’, plus two words for the fill-in fields: ‘Jon’ and ‘Mapalong’. Five words total. And this is the email TextExpander has composed for me:

We’re so winning at email. Tigerblood!

In the example above, you will have noticed my mention of signatures. Although Mail and other apps allow multiple signatures, it’s much, much easier to generate your signatures using TextExpander. I used to find myself having my full, professional signature on every email, and then manually deleting the links and what not when writing to friends and family. What a massive waste of time. With TextExpander, I have ‘ssig1’ trigger my personal signature (a simple ‘Best, [line break] ~ Elliot’), ‘ssig2’ trigger my professional one (as above), and ‘ccheers’ trigger a signature I use when all the response needs to say is this:

It feels like it’s been years since I last actually typed my name.

Although I’ve focused exclusively on email here, TextExpander is system-wide, so you can use it for any program that accepts text entry, which means it’s perfect for correcting typos! If, like me, you’re constantly typing ‘teh’ instead of ‘the’ and ‘thnaks’ instead of ‘thanks’, those days are over. And, because it only replaces words you specify — and with the words you specify — it’s worlds away from the frustrating auto-complete we’re used to on iOS. (Speaking of which, an iOS version of TextExpander is now available, too.)

Another benefit of it being system-wide is that it’s perfect for code snippets. Virtually every code editor has snippet functionality, but defining your snippets in TextExpander means you can jump between text editors — say, TextMate on your desktop and Harmony’s in-browser editor — and still have all your snippets working.

In conclusion: go and buy it!

I’ve encountered a few people are a little turned off by the price of TextExpander. At $34.95, some feel that it’s a little expensive for an auto-complete tool, but if you judge your apps’ worth on how much time they save you, this is probably one of the best software investments you’ll ever make. We’re probably only talking about saving a few seconds with each trigger, but those seconds add up. Use TextExpander for a 30 minute email session, and you’ll instantly see how much quicker you’re getting through your replies.

There is one downside to using TextExpander, though: as soon as you well your friends that you’re using it, they’ll assume they’re the victim of your auto-completes!

(Note: It’s worth noting that Typinator is another alternative to TextExpander that essentially does the exact same thing. I haven’t tried it, so if you have, please feel free to leave your thoughts below.)