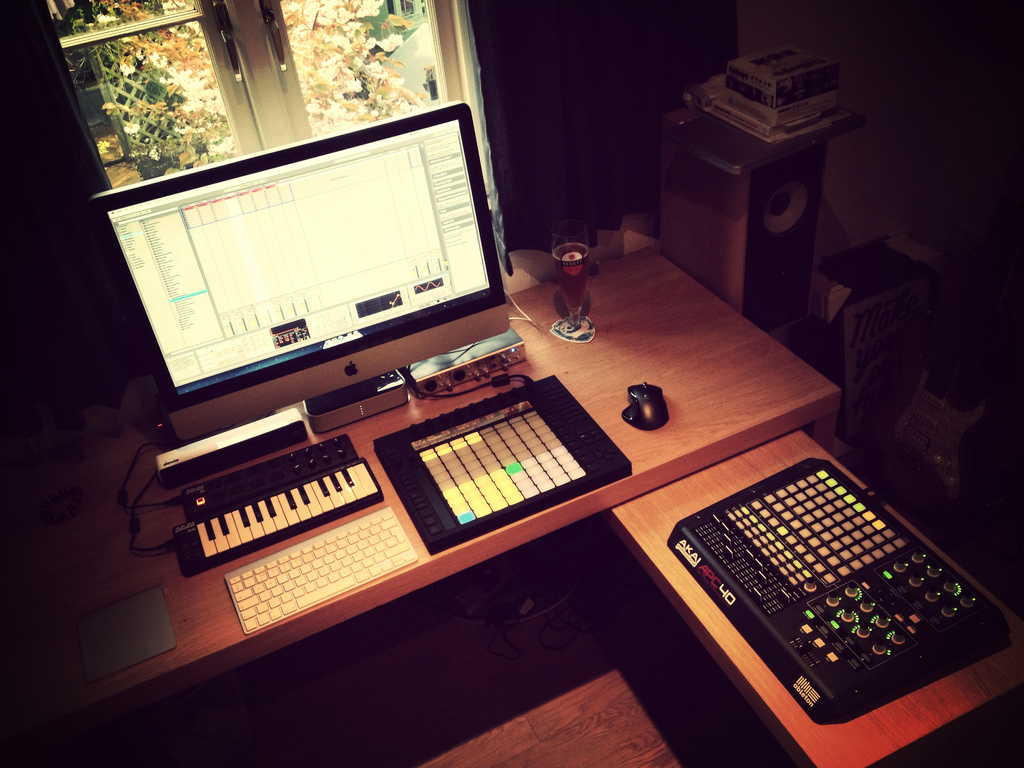 Whilst listening to the iPod on Shuffle Play the other day, an old track of mine came on. It was one I wrote as part of a score for a friend’s short film, back in 2002 when I was in my first year at Uni. My wife remarked, ‘I quite like some of this older stuff — it’s a bit more accessible.’ We listened through the track (I usually skip any of my own stuff that comes on) and I found myself agreeing. It was one of those quick, throw-away, off-the-cuff compositions that — like the occasional quick, throw-away, off-the-cuff design — can actually turn out better than the stuff you spend months agonising over.

So, finding myself with a rare instance of that seldom-seen things known as Spare Time on Sunday, I decided to resurrect the track. The original version’s sounds had dated quickly, partly because the entire thing was composed and sequenced on my old MC-307, so I recreated it from scratch in Live and it was a nice excuse to play with my new Push. Here’s a rough mix of the song’s new incarnation:

You can also listen to the track directly on SoundCloud, or, just for larks, compare it to the dodgy original version from 2002.

No doubt it will continue to evolve as I revisit parts here and there and fine the mix, but given that the basic melody and arrangement are still holding up okay after eleven years, I’m pretty confident that this one will make it onto my next release, whatever shape that takes. Oh, and speaking of releases, I commissioned that rather awesome Skull Tubes artwork from the über-talented Stefan Weyer, our 8 Faces designer.

(Incidentally, if you’re interested in the kit shown in the photo above, I’ve put an annotated version on Flickr.)

You should come to ConfShop