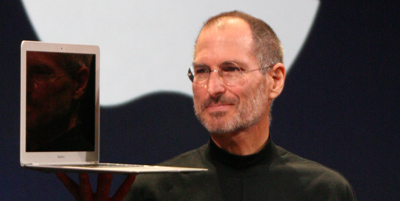 A few hours ago, Steve Jobs made a public statement about Apple’s attitude toward Flash by posting ‘Thoughts On Flash’ on the Apple site and, in doing so, set the record straight about why Flash won’t be on the iPhone, iPad, or iPod. Or, in Johno’s words:

I enjoyed reading what Steve had to say. Yes, it was probably written by a whole bunch of people. Yes, it was probably done for business reasons that were conveniently skirted over in the post. And yes, it’s only one side of the story. But what I liked about it was not necessarily the actual content; it was that Steve / Apple decided to directly address the web design and development community. This was not a post aimed at personal trainers who own iPod Shuffles — this was about speaking to us: the people who care about things like HTML5 and CSS3; the people making the web of today and sculpting the web of tomorrow.

However naysayers may criticise Steve Jobs and his statement — and there are certainly fair criticisms to be made (I’m not anti-Adobe or anti-Flash by any means (back in the day I was an all-Flash guy)) — it’s encouraging to be reminded that the owner of such a huge business is still a developer at heart. As Jason said:

I like when Steve Jobs mentions ‘typography’. Even in passing.

Amen to that, as they say.

EDIT, 30.04.2010: After posting this, I thought a bit more about what this might mean, as it’s clear that Jobs’ statement is effectively severing Apple’s relationship with Adobe. This was backed up by Kevin Lynch’s response. So, with that in mind, are there larger things afoot? Does Apple have plans for a Photoshop / Creative Suite killer? I’d certainly hope so, because I know I’m not alone in being extremely frustrated with Photoshop (although I love InDesign) and given Apple’s track record with pro-level creative apps (think how Final Cut Pro rightfully stole Premiere’s place in the post production industry), you can bet it’d be good. And there’s nothing like a healthy bit of competition, anyway.

The inevitable failure of e-readers