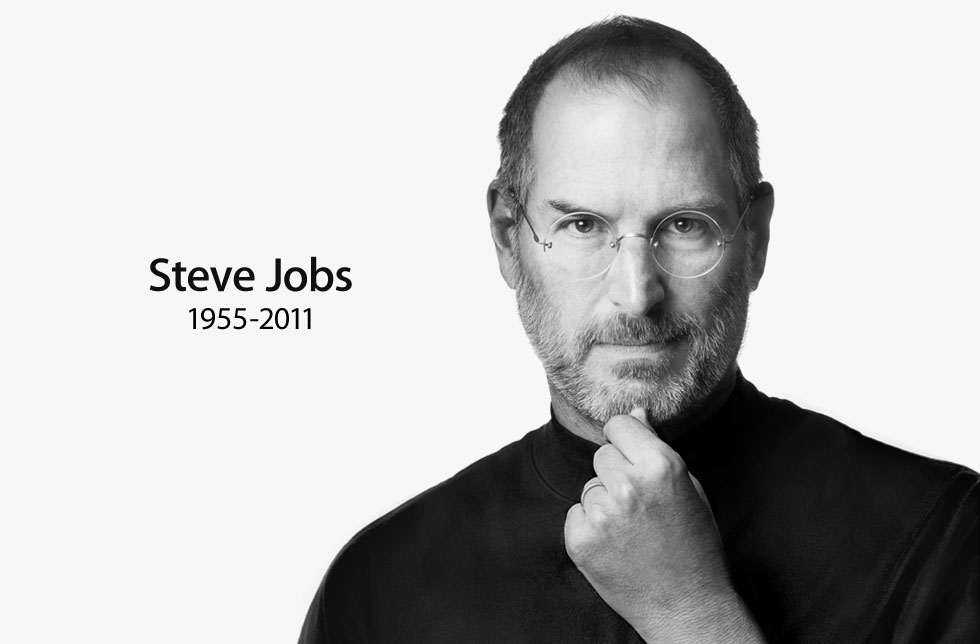 This morning I awoke to the sad news that Steve Jobs had died, and although the blogosphere is already full of tributes to the man and I’m wary of adding to the noise, I wanted to pen a few quick thoughts of my own.

Apple’s recent successes — the iPad, the iPhone, the iPod, and iTunes —&mmp#8201;brought Steve Jobs and Apple to the attention of the general public. That’s not to say that both he and the company were not widely known before that — of course not — but the average person in the street had been unaware of them until recent times. My Mum knows who Steve Jobs is. Two or three years ago, she did not.

Even the Mac itself is enjoying more success than it ever has before, moving from the niche realm of designers and tech enthusiasts to the public at large, thanks mainly to new products like the MacBook Air or the iMac (the first incarnation of which signalled the beginning of Apple’s renaissance when Steve returned to the company in 1997) and the trust placed on the Apple brand thanks to those aforementioned consumer-facing products: the iPad, the iPhone, the iPod, and iTunes.

So, then, we see reports on today’s news covering Steve’s legacy by recounting these recent product successes. But the general public and mainstream media seem largely oblivious to the impact this incredible man had on their daily lives long before they knew his name or that of his company.

In that famous video of Steve’s Stanford Commencement Speech in 2005, one of his anecdotes recalls the story of how he dropped out of college and dropped in on typography classes:

None of this had even a hope of any practical application in my life. But ten years later, when we were designing the first Macintosh computer, it all came back to me. And we designed it all into the Mac. It was the first computer with beautiful typography. If I had never dropped in on that single course in college, the Mac would have never had multiple typefaces or proportionally spaced fonts. And since Windows just copied the Mac, its likely that no personal computer would have them.

That last sentence on Windows is not a dig: it’s a truth. Windows may be the most popular (well, most used) operating system today, but most people forget how heavily influenced it was by the early Mac OS. We’re not just talking about aesthetic touches; this is nothing less than visual interface paradigm-shifting and the establishment of iconographic metaphors that we still use today.

Consider Susan Kare’s early Macintosh icons (above). GUI metaphors such as the trash can, the lasso, and the paint bucket are all still with us; as is the infinity symbol on the Mac’s ‘command’ key and her typefaces such as Chicago, which was even used as the system font for the iPod until fairly recently. Sure, Susan deserves the credit, but without Steve, these might never have existed. It’s no coincidence that he took her with him to NeXT in 1985 to act as the Creative Director, and it’s certainly no coincidence that she later went on to produce iconography for Windows.

It’s also easy to forget just how revolutionary the iPod was. It may be a much more recent an achievement than the early Macintosh, and certainly one that’s much more public-facing, but this was a product that didn’t just change portable music players: it changed the music industry. It made digital music a real possibility for those who had ignored other MP3 players, and the iTunes Music Store turned the recording industry on its head, forcing labels to adjust their business models to face the reality of this new medium. This is truly revolutionary stuff.

As sad as it is to hear of Steve’s passing, what an incredible sense of achievement he must have felt as he looked back on his life. My personal wish is that the general public and mainstream news agencies recognise not just his recent successes, but the incredible impact he had on our everyday lives. In my opinion, this quotation, also cited in the Guardian article, should be everybody’s mantra:

Being the richest man in the cemetery doesn’t matter to me. Going to bed at night saying we’ve done something wonderful… that’s what matters to me.