So what actually is the UK? 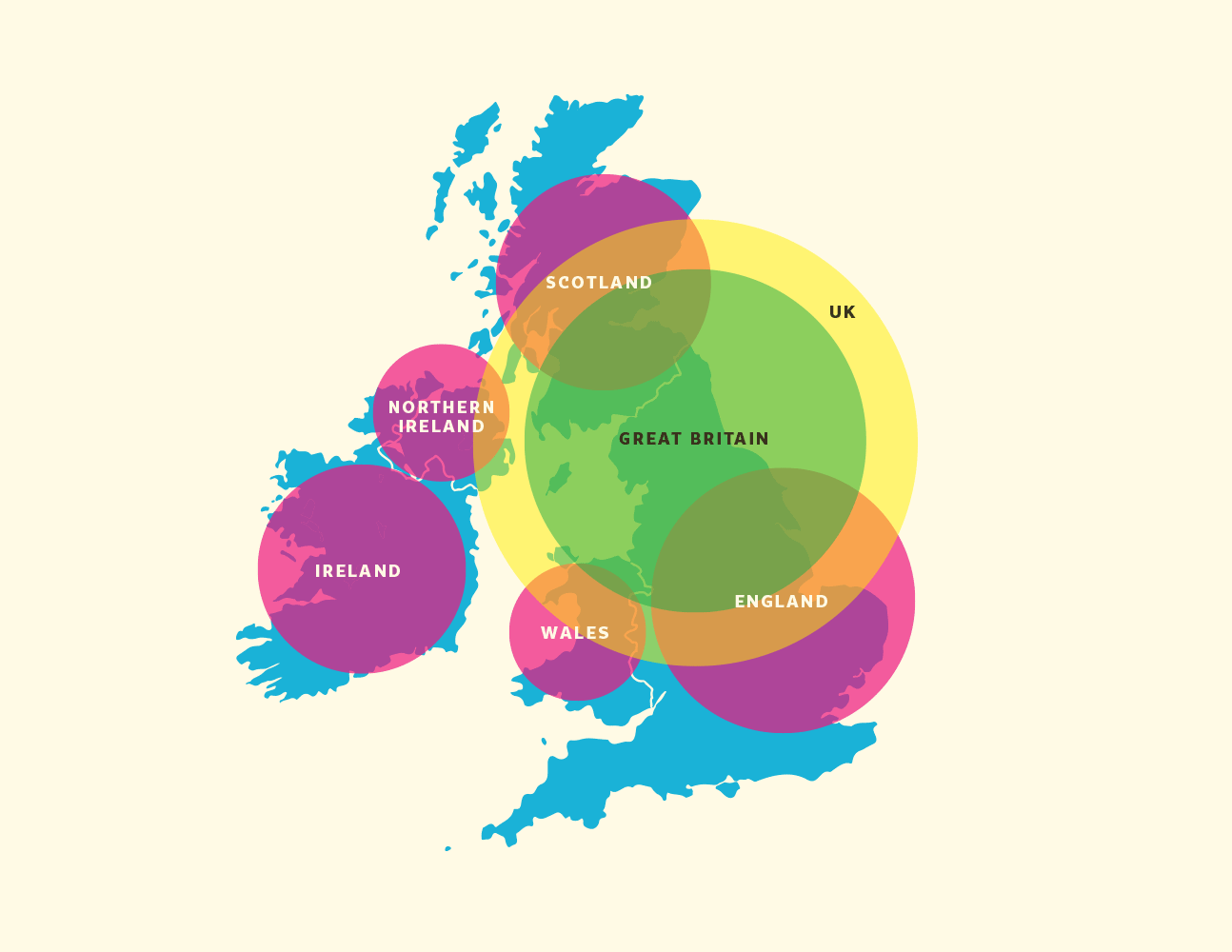 In celebration of Scotland voting against independence, now seems like the perfect time to visualise something that frequently comes up in conversations with my American friends: what actually is the UK?

We Brits might laugh at Americans' confusion over the difference between England and Britain, but I've lost count of the amount of British people who think the UK is just another term for Britain. (Spoiler alert: it's not.)

It's easy to see where the confusion arises, though: not only are the terms used interchangably in the media, but we also have the added oddness of being a country that has other countries inside of it, not to mention the island formerly known as Ireland, of which now only part is called Ireland, and which part is also classed as Europe, and not the UK at all. It can be tricky. Don't even get me started on The City of London being inside a city called London...

Let's start things off by looking at a map of the British Isles:

However, maps can be confusing, so let's remove the geographical representations for a second and look instead at the individual countries; for now, just England, Wales, and Scotland:

The island of Great Britain is made up of these three countries. Given this fact, and that accents vary so drastically within each of these countries as it is, note that it's physically impossible for such thing as a 'British accent' to exist. There, I said it.

Lastly, we have Ireland, which — although physically attached to Northern Ireland — is a separate country that's part of Europe, and that's the reason why you'll often find region selectors on websites listing 'UK & Ireland'. However, it is considered part of the British Isles, which describes the geographical grouping of the various islands in this region. (We have a bunch of small, self-governing islands, too, but that's for another day.)

And there you have it! Now you can settle arguments by sending people to this blog post (or the rabbit hole of Wikipedia), and all will be well with the world. Hurrah!

A lament for the iPod Classic