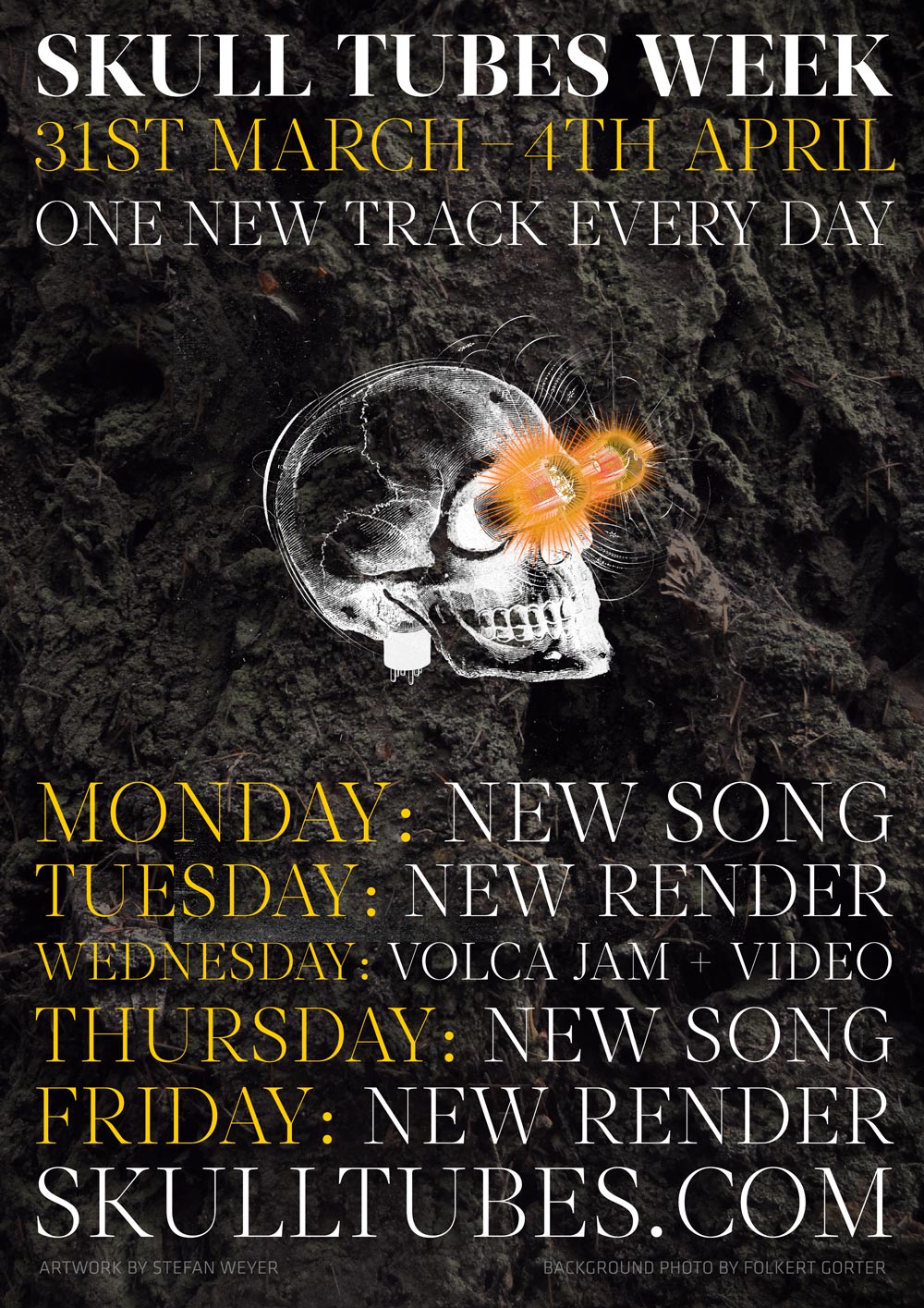 If you follow me on Twitter, you’ve probably noticed that I’ve started to talk more and more about my music-making side project that goes by the name of Skull Tubes. This is because I’ve been getting pretty serious about music lately; as well as squeezing recording / mixing sessions into every spare hour I can find, I’ve also been trying to spread the word on social media. Until now, though, I’ve barely said a word on this blog.

So, to change that, I’d like to officially introduce Skull Tubes to the world, and I would be absolutely thrilled if you were to consider following my little electronic music project on Twitter, Facebook, SoundCloud, and Tumblr. The Tumblr actually serves as the official site and aggregates all of the work-in-progress tracks I post to SoundCloud, along with some commentary and occasional photos.

For a quick taste of Skull Tubes, here’s some work-in-progress tracks for a series of forthcoming EPs:

I’m really proud of this new music and I love sharing how it all comes together so publicly. I hope you enjoy it, too!

A lament for Readmill