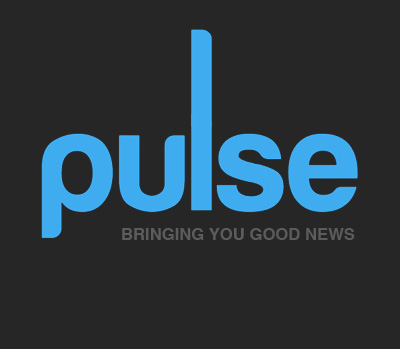 I’ve been debating whether or not to blog about something that has already received so much attention in the online press (especially when it was pulled from — and then reinstated on — the App Store last week), but ultimately decided that Pulse is just too good an app for me not to mention. Weirdly, it doesn’t seem to have received that much recognition in the web community (or not as much as it deserves, anyway). In all honesty, I have to say that this is my favourite iPad app so far.

(If you’re stuck for time, feel free to skip to the end for the summary.)

It’s not just this is a very aesthetically pleasing app (although admittedly my designer’s mind is easily swayed by such things); for me, the reason I’m so enamoured with Pulse is that it represents everything that’s great about the iPad: it’s an new device and it offers a new mode of interaction. The combination of vertical and horizontal scrolling wouldn’t work on a desktop: it’d be a messy affair with scrollbars all over the place. But on a touch-input device, it makes so much sense, and it’s executed beautifully. I catch up on feeds while I’m eating lunch or while relaxing on the sofa at night, and that’s exactly why it’s so well-suited to the iPad: it’s a casual app for a casual device. (Other apps that nail this concept are the Marvel Comics reader and Instapaper Pro.)

Without a doubt, it looks best if you’re subscribed to image-heavy feeds. Posts from Iain Claridge’s blog or Burstoid always look great, and are a constant source of inspiration:

Pulse is clever, too. It will use the first image in a post as its background, even if that image is way down near the end of the article. But even text-only feeds look good, thanks to the designers’ tasteful use of typography and desire to keep everything pretty minimal. Have a look at Tim’s feed:

Another nice feature is the built-in browser. You can toggle between the text-only view and the full browser view for each story, which is perfect for posts with multiple images, or for those where the published feed only displays a summary. Clicking on the article itself slides away the thumbnail nav, which is just one of the many subtle-but-lovely transitions all over this app.

There’s a button to open the site in Safari, and I’m hoping that the next version will add ‘save to Instapaper’ functionality, which is fairly likely if the forum is anything to by. An iPhone version is apparently on its way ‘very soon’, which spells good news for those without an iPad.

Pulse will probably not replace your desktop-based / web-based feed reader. I love Fever and will always use it for ‘power reading’, but Pulse is the reader I check the most often. And, although naysayers will moan about its 20 feed limit, there’s actually something pretty therapeutic about selecting your top 20 feeds and checking those alone. (It’s also worth noting that it integrates with Google Reader, if that’s your thing.)

Static screenshots don’t really do the app justice, so have a look at this video, as it offers a good overview of how easy it is to set up feeds in Pulse, and it also gives a decent run-through of all its features.

To conclude, this is why Pulse is favourite iPad app released so far:

I’d say it was time to head on over to the App Store, wouldn’t you?