Do the right thing tomorrow 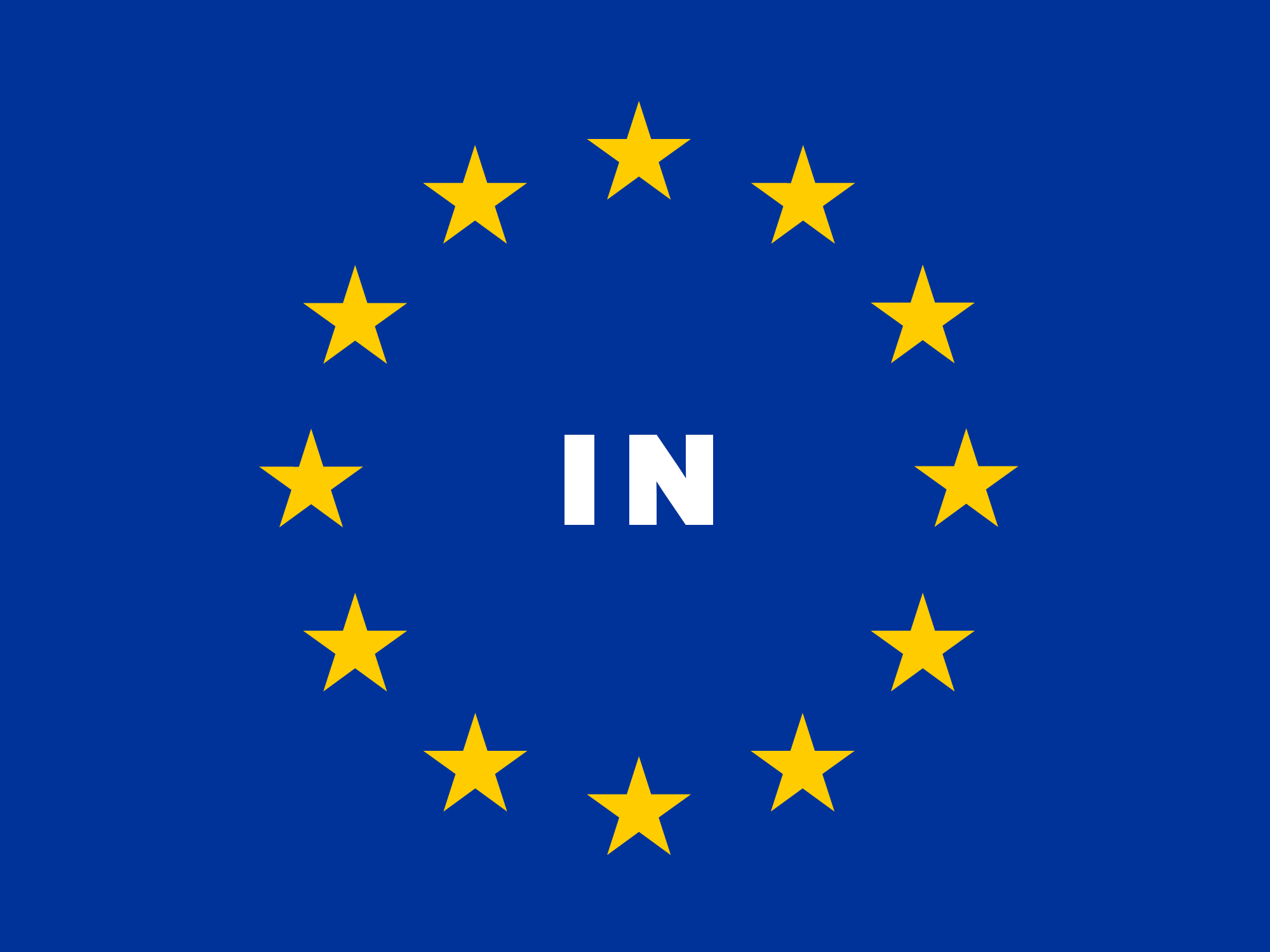 Tomorrow, the UK will be voting on whether to remain or leave the European Union, and if you’re a British citizen and eligible to vote, please allow me five minutes of your time to explain why I believe as many of us as possible should choose to remain.

I say this as someone who, until the last few weeks, had almost no opinion on the subject and was even leaning towards a vote to leave. My mind was changed when I began reading up on the claims made by both sides.

What became immediately clear was that there hasn’t been one any claim from the Leave camp that actually stands up to scrutiny. And when I say scrutiny, I mean any sort of casual reading up on facts. And perhaps this is the most dangerous aspect at the core of the Leave campaign: it’s built on untruths, unsubstantiated claims, and a whole host of unknowns. Let’s not beat around the bush here: in lieu of, you know, actual reasoning, Leave has resorted to using outright lies. The infamous £350 million figure that’s been plastered all over Leave propaganda (including Boris’ tour bus) has been officially classified as misleading by the UK Statistics Authority, and Andrea Leadsom’s claim that “60% of our laws and rules are dictated by the EU” was instantly rebutted by Ruth Davidson: “According to the Independent House of Commons Library, that number is 13% […] In the last five-year parliament, there were four bills out of 121 that came out of Europe.” According to BBC's ‘Reality Check’, the percentage could be somewhere between the two.

While Remain have cited hard facts and the opinion of trusted experts (such as the heads of state of all of our allies, every major financial institution, and current military leaders — who all assert that we are better, wealthier, and safer as part of the EU), Leave have chosen to criticise the need for expert opinion. Presumably this is the only option left when facts and reason and science don’t support your argument.

Last night’s TV debate made one thing very clear: the Leave campaign are going for the emotive angle: the phrase “take back control” being uttered an almost comical amount of times, and Leavers yelling, “we can do it!” to rile up the audience. But this play to the heart is the last bastion of a camp that knows it can’t make its argument with facts.

Perhaps the most emotive issue, for Leave, is that of immigration — and there’s no denying that, as a relatively small island, we have to be mindful of how many people we allow into the country and what we do to prevent the movement of terrorist groups. But there are two main fallacies being touted by Leave: that our economy and welfare are under strain due to immigrants, and that in a post-EU future we would somehow have more control over our borders.

Let’s consider the ‘strain’ argument first. The facts show that our country is not being overrun with immigrants, they’re not putting a strain on our systems (the NHS — near collapse due to a lack of funding rather than immigrant patients — is dependent on staff from overseas), and immigrants’ tax contributions are far higher than the ‘pay outs’ they receive from the state.

The study titled The Fiscal Impact of Immigration to the UK, published in the Economic Journal, says that the 15 countries that made up the EU before 2004 contributed 64%, which equates to £15bn more in taxes than they received in welfare. The same organisation that published these findings recently wrote in a blog post that the latest migration figures make no economic case for Brexit.

And, if that wasn’t enough, most migration to the UK comes from outside the EU anyway. In other words: we’re already in control of it.

Now let’s talk about border control. As we share a land border with the EU in Northern Ireland, the Brexit would likely mean border control at that point — something that could cause tension in a region you probably don’t want to reintroduce to tension. And what about the refugee camp in Calais? Our current arrangement with France means that we have border control there instead of on our shores — an agreement that will inevitably disappear if we leave the EU.

But here’s the thing about border control: it’s a myth. The Schengen Area — which allows for the freedom of movement — is already something we opt out of; it’s one of our UK-specific privileges we enjoy as part of the EU. But that privilege won’t be upheld if we leave; like Norway and Switzerland, we’d then have to adopt Schengen, and thus all signs point to us having less control over our borders.

Why would we made to obey such a rule? Well, if we wish to continue trading with the EU (and economic partners who have secured EU trading deals), we will be forced to obey numerous EU directives. These regulations aren’t restricted to economically-oriented affairs, but trading with the EU means conforming to EU rules; rules such as the European Convention on Human Rights.

Let’s talk about that for a second. I had a leaflet through my door yesterday from Leave telling me that they plan to “dump the European Convention on Human Rights” — this is apparently a good thing! When on earth did dumping human rights ever seem like a good thing?

Again, if we won’t support the European Convention on Human Rights, we won’t get to trade with the EU. And if you have any doubt about how seriously the EU takes this, it’s one of the main reasons Turkey isn’t able to join any time soon. That’s right: stop worrying about Turkey! (And hey, if Turkey do eventually join, it’ll be because they’ve been able to meet the EU’s criteria — on issues like human rights — so isn’t that a good thing?)

The interesting thing about border control that was demonstrated by last night’s debate was that no-one in the Leave camp is actually prepared to say that leaving will allow us to reduce immigration. Seriously. They say that we’ll control immigration by leaving the EU, but aren’t prepared to say that fewer immigrants will enter the country. Isn’t that the idea?

Nigel Farage and Ukip are the figureheads for the Leave campaign, and it’s not surprising, of course: leaving the EU is literally in their party’s name. So a vote to leave means aligning yourself with a party widely accused of a racist agenda. Their most recent poster campaign resembled actual Nazi propaganda, after all:

Your new poster resembles outright Nazi propaganda, @Nigel_Farage. Thanks to @brendanjharkin for pointing it out. pic.twitter.com/Rd89XZSvfD

Examples of outright racism in Ukip members is well-documented in the press, but an excellent example is the clip highlighted in John Oliver’s amusing reflection on the referendum is Ukip councillor Rozanne Duncan, happy to go on camera and say (at 8:18), “the only people I do have problems with are negroes… and I don’t know why.”

Interestingly, Ukip and the Leave camp claim that we have no say in Europe — which is not only wrong, but also hypocritical. Firstly, we have 73 MEPs from the UK, who were democratically elected by us, the British public. Secondly, of those, 22 are from Ukip, and those Ukip MEPs have officially voted the least in European Parliament. So you can place the blame for any supposed ‘lack of influence’ on these Ukip MEPs who don't actually bother showing up to vote.

Who in their right mind would want to align themselves with this party?

Let’s delve a little deeper for a moment into how democracy works, because “I don’t want decisions about our country to be made by Brussels!” seems to be one of the core arguments for leaving. “I didn’t elect any of those politicians,” they say. But here’s the thing: yes, you did. (Or you didn’t bother to vote, but then your argument ends there.) Sure, you didn’t elect every single one of them, but you certainly elected the 73 British MEPs who represent us, elected from different constituencies over the UK.

This graphic is from Chris Emerson’s well-researched opinion piece on Facebook:

“But I didn’t vote for all the other ones, who were voted by other European countries!” Well, no, you didn’t. But that’s how democracy (and our western political system) works: you vote to have a seat at the table — a slice of the pie — that is part of a whole that makes democratic decisions. You also didn’t vote for most of the MPs in the UK either, as you can only vote based on your home address and the options available to you there, and you most definitely didn’t vote for any of the Lords who sit in the House of Lords and have the power to overturn decisions made by the House of Commons.

Could the EU system be improved? Almost certainly. But if we’re criticising that, then we must also scrutinise our own system at home — and not spread the disingenuous idea that we somehow have total control over our domestic politics.

A seat at the table, a player on the pitch

As clichéd as these phrases have become, they serve as solid metaphors. We are far better placed to influence and steer the future of the EU when we’re part of it. Leaving will afford us absolutely no influence whatsoever. Worse: we face the potential of penalties once we leave, and despite what the Leave campaign would have you believe, these are not the days of British Empire. We don't have the sway we once did when we were the only global superpower.

Once we’re out, we’re out. There’s no going back. And if by some chance we do eventually rejoin the EU, it won’t be on our current terms, with the benefits we enjoy today. If for no other reason other than self preservation, let the UK continue to enjoy its unique position in the EU. Listen when the world’s experts tell us it would be disastrous for our economy and our safety if we were to leave.

But we can do better than self preservation, can’t we? I believe that we’re better than that. Even if you remove the facts, there’s still a moral question here. This is the 21st century and I believe that a healthy 21st century mindset is one that promotes inclusivity; one that embraces the makeup of the modern world; one that fosters unity rather than division. We are not tribes. It is not ‘us’ versus ‘them’. In the words of Frances O'Grady, spoken during last night's debate, “we should be building bridges, not walls.”

Tomorrow, I’ll be voting for the UK to remain in the European Union, and I sincerely hope you’ll join me.

Working for half a day to be more productive