A lament for the iPod Classic 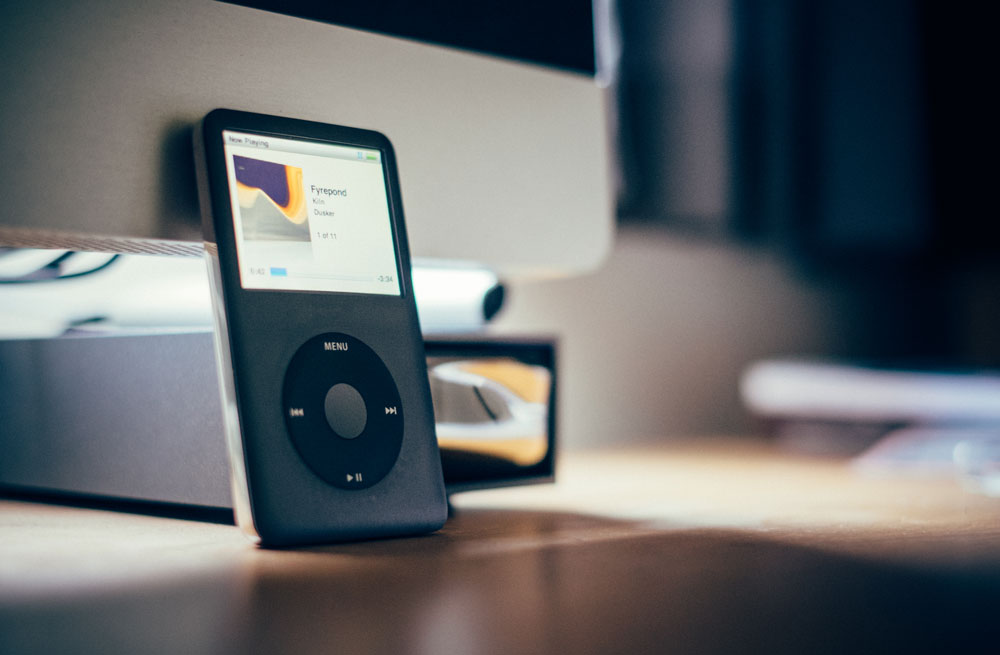 Last week, as we swooned over all of the newness — the Apple Watch, the iPhone 6, Apple’s semi-responsive website — we missed the passing of the old. Quietly and without ceremony, the iPod Classic vanished forever from Apple’s online store, and took an era of music-listening with it.

The iPod Classic has been heading towards obscurity for some time: with no touch display and no network connectivity, it feels far removed from other iPod models and the world of music streaming; the notion of having to plug a device into your computer to sync with iTunes seems, in 2014, nothing short of antiquated. And its HDD-based storage is a reminder that it’s a model from another time — a time before we all got used to the speed and reliability of SSDs.

But that old-style hard drive in the iPod Classic has something very important going for it: it’s huge. So huge, in fact, that it can store the entirety of our iTunes library with space left over. Every single piece of music my wife and I own in a digital format is there, with no need for any sort of internet connection. No other iPod model comes close: the top spec iPod Touch maxes out at 64gb. My faithful iPod classic has 160gb.

However, I’ll be the first to admit that we no longer live in an era of locally-stored music libraries (and I’ve written about this previously). I’d guess that around 95% of the music my wife and I listen to comes via Spotify rather than our iTunes library. That concept of ‘ownership’ is dissolving rapidly and when it comes down to the actual legalities, we never really own music anyway. Even owning a CD represents nothing more than having a license to play that music. We’ve always been renting music — we just rarely think of it that way. But the trouble with streaming, as great as it is, is that it requires an internet connection and we’re still a long-way away from the oft-cited but rarely-experienced ‘always on’ connection. Even in major Western cities, mobile black holes are common. Out here in the Somerset countryside, mobile data is pretty much non-existent. At home, our iDevices are totally reliant on our home WiFi. So, until the internet really is everywhere — and mobile data doesn’t cost an arm and a leg — some sort of offline playback is required.

Of course, saving albums for offline access is something we do a lot with Spotify, especially for when we’re in the car, but changing tracks on a touchscreen while driving is a somewhat dangerous activity in which no responsible driver should be participating. On the iPod Classic, with its physical interface, skipping a track is a button press you can perform by feel: not recommended, exactly, but certainly no more dangerous than adjusting the volume knob on your car stereo. So with the Classic’s retirement there’s no longer a driving-ready iPod model, apart from the (kind of crappy) iPod Shuffle. This is most likely a deliberate move by Apple to ready consumers for their CarPlay interface, but it’ll be quite some time before that becomes the norm. (Siri, because of its need for a decent data connection, is no substitute as an in-car iPod controller.)

So when the iPod Classic disappeared from the Apple Store, it was a departure that felt, to me, just a tad too early. Dated and rather un-2014-like as it may be, a hole has been left in the iPod lineup: we no longer have a device to store our still-existent music libraries for times when streaming services don’t cut it (again, see ‘Music collections in the era of the cloud’), and we no longer have a device that is actually safe to interact with while driving. All the signs point to the Classic becoming obsolete, but its replacements can’t fill that hole just yet: the mobile internet is far from ubiquitous; data is far from cheap; a proper driver-friendly UI is far from mainstream. And so my faithful Classic still has some life left in it yet.

So what actually is the UK?