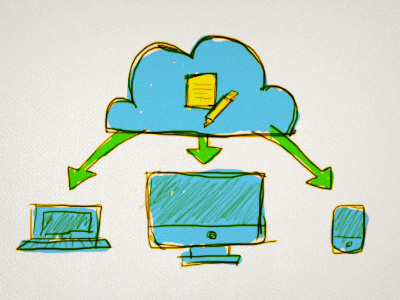 A couple of months ago, I wrote about a cloud-centric Mac set-up, spurred on by the rumours that suggested new Apple hardware was on its way. The new iMacs appeared soon after and finally, last Wednesday, so did the new MacBook Airs. (I say ‘finally’ because if you follow me on Twitter, you’ll know how much I’ve been tweeting links to just about every new Air rumour there is!) This morning, I put in my order for the new gear.

As I wrote in the aforementioned blog post, the principle at the core of this two-machine set-up is having almost everything synced in the cloud via Dropbox. (Many people have asked me if I still have faith in Dropbox after last month’s authentication bug, but yes, I do. There’s nothing stored in my Dropbox that’s particularly sensitive.) However, one thing that is going to be a bit of a pain is the Adobe Creative Suite software licence, which only allows CS to be installed on two machines. With Sam using CS on her 13" MBP, our two-machine limit has already been reached.

Some would argue that if I’m using CS on three machines, then I should rightfully buy an additional licence, but the trouble with that is that my new iMac-and-Air set-up is still essentially only one machine; I would never be using both at the same time.

And this is why Adobe simply don’t get — or want to get — software licences in the cloud-aware age. Compare that to Apple, whose App Store model allows the software to travel across devices with the user.

When the Mac App Store first came out, I was a little underwhelmed. ‘Yeah, yeah, more apps,’ I thought. But having bought several apps over the last few months and having been able to install them on other machines with just my App Store login, the real power of such a model has become clear: the software licence doesn’t care about the physical machine; it only cares about the user.