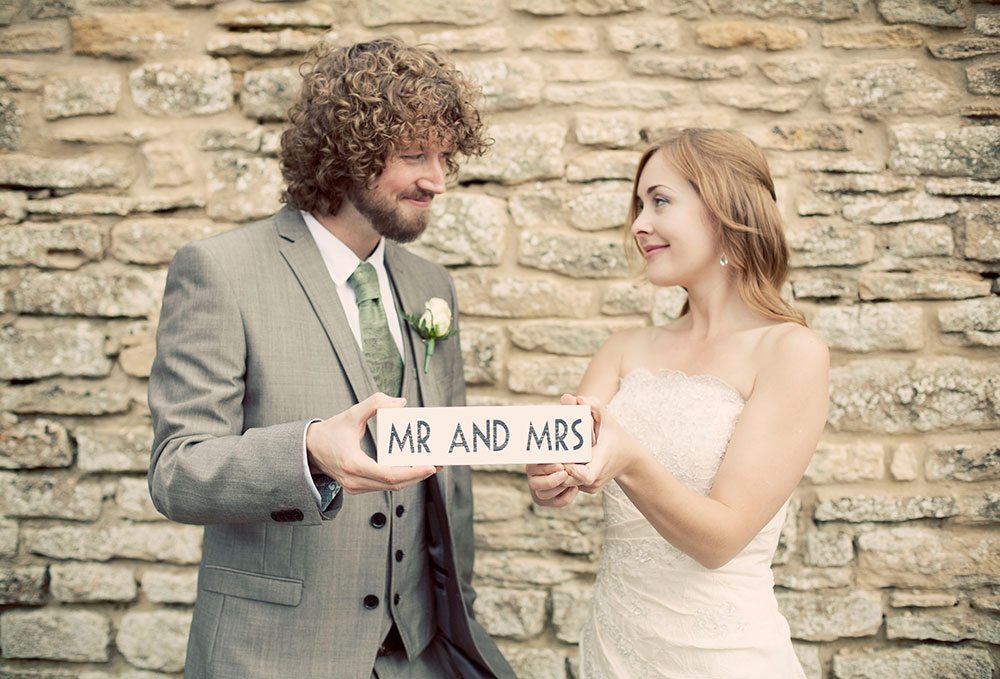 With just a few hours left before we see in the new year, I thought it was about time I wrote my annual review of the year that has been.

All in all, I think 2012 has been one my favourite years, and I can say with absolute certainty that on Friday 31st August, I had the happiest day of my life, when I married Sam. People always say their wedding days are the happiest of their lives and I cynically thought this was just a cliché, but actually it really did turn out that way! It wasn’t just the act of getting married — it was that we got to share the occasion with (most of) our closest friends and family.

And, amazingly, it didn’t rain! Not bad, considering we chose to get married outside during England’s wettest year since records began.

Sam and I had a lot of fun designing our wedding stationery, from the invites to the menus, from the website to the thank you cards. I’m planning to do a blog post covering each stage in the process, but for now here’s a photo of our letterpressed invites, which were expertly printed by Blush Publishing:

Oh, and before the wedding, I had the pleasure of travelling to Munich with my best friends in the world for my stag-do, which — thanks to the fine chaps involved — even had its own branding, complete with temporary tattoos. Long live the memories of #münchenstock!

After the wedding, Sam and I briefly returned to work, and Keir and I finally released the project we’d been working on for most of the year: the 256-page beast known as Insites: The Book! It felt incredible to get it out into the world and the reaction (as far as I’m aware) had been 100% positive. We suffered quite a few set-backs, so when the photos started to roll in from customers who found the book on their doormats, it was a big day for us. We also held a launch party in London for friends, colleagues, and contributors, which gave us the opportunity to celebrate the conclusion of a project that we’d begun almost a year beforehand.

After the book’s release, Sam and I headed off to The States for our honeymoon. We hired a car and spent two weeks driving around New England. We covered a lot of ground — New York > Boston > Salem ( Gulu Gulu have an incredible selection of American and Belgian beers!) > Stowe (possibly the highlight of our trip and home to the Alchemist Brewery) > The White Mountains > Lake Winnepesauke (where I spent my 31st birthday, just down the road from the setting of On Golden Pond, which is a film as old as me) > Bar Harbor > Portland (the other one) — and had a fantastic time, fuelled by some amazing American craft beer. Unfortunately, we brought Old England’s weather with us.

We returned home to a flood warning — that’ll teach us for buying a house right next to a river — and then had several more in the weeks that followed, right up to a couple of days ago. Fortunately, we only got a tiny amount of water in our house on one evening and it was absorbed by the towels we had down. Other parts of Somerset got it a lot worse.

With all the wedding planning, honeymooning, near-flooding, and book-releasing, I unfortunately had to delay issue #6 of 8 Faces. Rather than coming out in the usual pre-Christmas slot, I’ve put it back to early February.

Apart from all that, I feel like I’ve learned a few important personal and professional lessons in 2012:

I’m not going to set any specific goals for 2013. There are too many potential ‘ifs’ in the air right now in terms of projects that will have big impacts on time if they happen. But I’m confident that I’ll be able to follow-through with my plan for releasing new music throughout the year, release the sixth, seventh, and eighth issues of 8 Faces, get in a decent amount of travelling (I’ve announced three speaking gigs so far, but there are many more lined up), continue work on the novel I began the other day after planning it in my head for the best part of the year, and release my first iOS app. The latter is in development as we speak (thanks for working during the holidays, Shane!), so you can expect to see that pretty soon.

Thanks so much for your support over the year, folks. It would mean nothing if no-one bought my products, came to see me speak, or replied to my ramblings on here and Twitter. Saying ‘thank you’ can often sound shallow, but — honestly — I appreciate it more than you know.