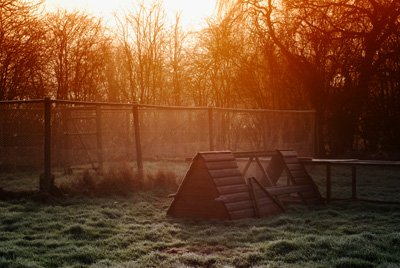 It’s that time of year again: time to look over the year that was and look ahead to the year that will be. Although for many people 2009 seemed to be a year filled with financial instability, it seems like our industry has been relatively untouched, thankfully. In fact, I’d even go as far as to say that 2009 has been a good year. Has it for you?

In last year’s post, I set out a number of goals I wanted to achieve and I’m happy to say that I met all but one:

- The first was to achieve the three failed goals from the previous year, which I did: I released a new version of this site, unveiled a major pet project (admittedly not the original one I was referring to, which is now officially shelved), and released a new EP of my music.

- Speak at at least 8 events. In the end I spoke at 9, but in hindsight that was too much. Next year I plan to cut the speaking events down to around 4 or 5.

- Fit in more travelling. Thanks to above, this was relatively easy to achieve, but again will be something I’ll probably cut back on next year. It’s such a productivity-killer and flying has sadly lost the magic it once had.

- Not fall victim to the current financial climate. Bizarrely, business is better than it ever has been and I’m hearing the same thing from most of my friends, too. Perhaps this whole recession thing is just a load of hype, eh?

I’m also proud of some other things that happened this year, although admittedly they came in the latter part:

- I set up a Limited Company. While on the surface this might not seem much different from being a sole trader, it was the impetus I needed to move things up a gear, both in terms of my professional conduct and how I want things to progress. I’m shaking off the ‘freelancer’ stigma and moving things more in the direction of a design studio.

- I got better clients. By continually putting my prices up (there’s definitely something to be said for putting your prices up during a recession, even though at first that may seem like madness) and saying ‘no’ to many more jobs than I said ‘yes’ to, I slowly but surely got a better class of client. I don’t just mean ones that pay more: I mean clients who are absolutely lovely to work with, understand the process, and appreciate the importance of design.

- I decided to do something I know almost nothing about. I’m talking about 8 Faces again. There are many things I don’t know about the world of print design, and creating a publication — a proper, mass-produced one — was certainly way out of my comfort zone. I decided to do it because I knew it’d be a challenge, and because I’d be wearing the hats not only of designer and writer, but also of editor, project manager, salesman, marketeer, distributor, and publisher. It’s scary, and that’s exactly why I’m glad I’m doing it.

The goal I didn’t achieve was buy a house, but that’s ok. Neither the timing nor location nor finances were right and I hope to do it in mid-2010 instead.

My biggest regret is that I didn’t release EP 2 this year. I massively underestimated the time I’d need to get back on track after taking so much time out to do the new version of this site. It made a substantial hole in my wallet because I’d turned away client work in order to finish the site, and in order to fill that hole I had to work more. Not loads more by any means, but just enough to mean that taking more time off to write and record music didn’t seem too sensible.

I’m looking forward to next year and there are a number of very specific things I want to achieve:


- Do less client work and more product-based projects. I’ve been saying this for quite some time now, and part of this will depend on the success of the magazine, but it’s my intention to devote a larger portion of time to making cool stuff. Even though I love my clients, I think the balance could be improved somewhat.

- Blog more often. In the last month I’ve been pretty good and returned to a fairly decent blogging frequency of roughly one post per week. But for the majority of the year I was actually embarrassingly silent, and barely managed a post a month. Shame on me!

- Release a new version of this site. Yes, you read that right. Even though I redesigned just a few months ago and put a considerable amount of time (i.e: too much time) into the project, I’m still not happy with the outcome, and as the months have gone on, I’ve once again found myself yearning for something new. I don’t necessarily think the new design has failed; it’s just that once again my needs have changed. Whereas last time the redesign was prompted by a change of focus from blog to portfolio, this time the change of focus is from freelancer to design studio. Things are moving around here, and yet I feel like the site is stuck in a place where my head was six months ago. That needs to be rectified.

- Grow the business. Horrible, businessman-like phrase, but appropriate. This is a long-term, entire year sort of goal, and it basically involves carrying on what I’m already in the process of doing: solidifying the network of trusted freelancers I have, taking on bigger projects, and going after even bigger clients.

- Finish writing and recording EP 2 and then release it before summer. And then, at the end of the year, release the physical album that combines the two EPs.


Obviously there are a few personal goals I have as well, but I’ve decided to focus more on the professional stuff.

I hope you guys have had a good year. Is there anything you’re particularly proud of? Anything you’re ashamed of? As we’re moving into a new decade as well as a new year, I’d be particularly interested to hear about your long-term plans and predictions for our industry.

Please allow me to take this opportunity to once again thank you for all of your support, encouragement, and participation in 2009. Here’s to a happy, healthy, productive, and exciting new year!